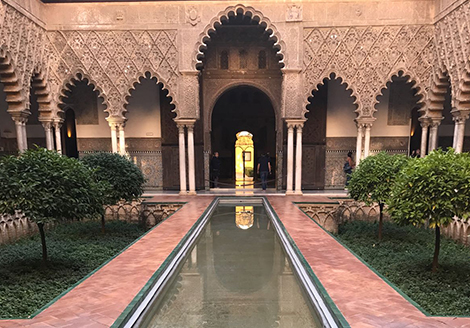 Al-Andalus is also referred to as Muslim Spain or Islamic Iberia, it used to be a medieval Muslim territory.

It is also the second largest area and the most populated area of the autonomous communities in the country. The Andalusian autonomous community is mainly recognized as a "historical nationality". The territory is divided into eight provinces: Almería, Cádiz, Córdoba, Granada, Huelva, Jaén, Málaga and Seville. Its capital is the city of Seville (Spanish: Seville).

Andalusia has been well known as an agricultural region, compared to the rest of Spain and the rest of Europe. Due to the growth of the community and development in the sectors of industry and services, it is above average in Spain and higher than many communities in the Europe. The region has a rich culture and a strong identity. Many cultural aspects that are seen internationally as being Spanish are largely or entirely Andalusian in origin. These include flamenco, bullfighting and Hispano-Moorish architectural styles both of which are very common in other regions of Spain. 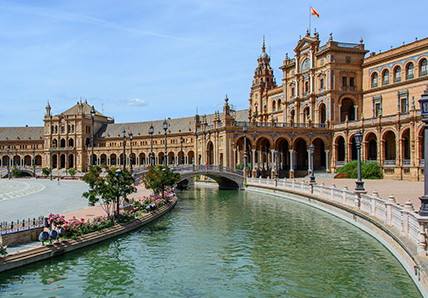 Seville is the capital and largest city of the autonomous community of the Andalusia and the province of Spain. It is situated on the plain of the river Guadalquivir. The inhabitants of the city are known as sevillanos (feminine form: sevillanas) or hispalenses, after the Roman name of the city and has a population of about 1.5 million, making it the fourth-largest city in Spain and the 30th most populous municipality in the European Union. With an area of 4 square kilometers (2 sq mi) its Old Town contains three UNESCO World Heritage Sites: the Alcázar palace complex, the Cathedral and the General Archive of the Indies. The only river port in Spain is the Seville harbour, located about 80 kilometers (50 miles) from the Atlantic Ocean.

The most important art collection of Seville is located at the Museum of Fine Arts of Seville. It was established in 1835 in the former Convent of La Merced. It boasts many masterworks by Murillo, Pacheco, Zurbarán, Valdés Leal, Flemish paintings of the 15th and 16th centuries and other masters of the Baroque Sevillian School. After Malaga and Seville the third largest city is Cordoba. The city boasts a magnificent old town with monuments inherited from the Romans and the era of Al Andalus, to be declared Patrimony of Humanity.

Due to the very rich history of Cordoba is city that needs to be explored. Its old town is the second biggest one of Europe to be declared Patrimony of Humanity, and where you can visit the most important historical buildings of the city.

Madinat Al Zahra was discovered in the 20th century and shows the great importance of Cordoba during the time of Al-Andalus. Medina is located at the west side of Cordoba, at the foot of the Sierra Morena – it really is a visit you must not miss. Any walk through Cordoba will make you discover statues of illustrious inhabitants, such as Seneca, Averroes and Maimonides. 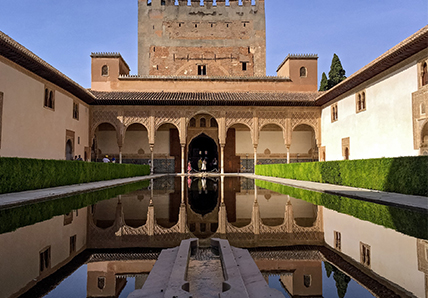 Granada (not Grenada, Grenada is a country in the Caribbean) is in the south of Spain and is the capital of the province known by the same name. The population of Granada is 265,000 inhabitants and is located at the foot of Sierra Nevada.

Granada has many beautiful churches, museums etc. common for many southern European cities. However, Granada has the Alhambra which is considered by some to be one of the 10 wonders of the world. The Alhambra is a very large castle constructed over many centuries.

The Alhambra has plenty to see including gardens, fortifications and sumptuous palaces. It was the home of many of the Arab Sultans who ruled the whole province so the optimum in interior decoration and architecture. 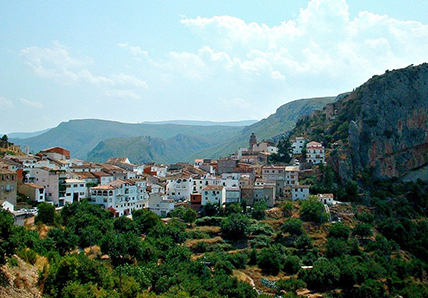 Alpujarra Granadina is in the Province of Granada. Along with Alpujarra Almeriense, is part of the region of the Alpujarras.

The Las Alpujarras is a region of mountain villages that clings to the southern flanks of the Sierra Nevada, cloven by deep, sheltered valleys and gorges which run down towards the Mediterranean. The Alpujarra, as it is popularly known, is famous throughout Spain because of its unique mini-ecology. Its terraced farmlands are constantly watered by the melting snow from above, constituting a high-altitude oasis of greenery which stands in dramatic contrast to the arid foothills below. For active travellers this is ideal hiking terrain, provided you take along a tent and sleeping bags - the average altitude is 4,000 feet above sea level.