The history of Egypt has been long and wealthy, mentioned in the Holy Quran in twenty four places, where Musa {AS} confronted the pharaoh.

All the one of kind historical attraction of Cairo will showcase a new definition of the word beautiful, all of Egypt Islamic landmarks features a unique style of architecture that can only be found in the Arab world

Also known for its pyramids, pharaohs, mummies, and tombs.

The oldest and largest of the three pyramids at Giza, known as the Great Pyramid, is the only surviving structure out of the famed Seven Wonders of the Ancient World. It was built for Pharaoh Khufu (Cheops, in Greek), Sneferu's successor and the second of the eight kings of the fourth dynasty. 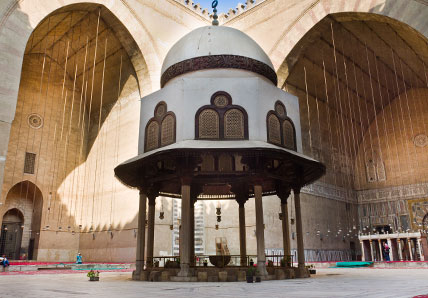 The Mosque-Madrasa of Sultan Hassan is a monumental mosque and madrasa located in Salah al-Din Square in the historic district of Cairo, Egypt. It was built between 1356 and 1363 during the Bahri Mamluk period, commissioned by Sultan an-Nasir Hasan 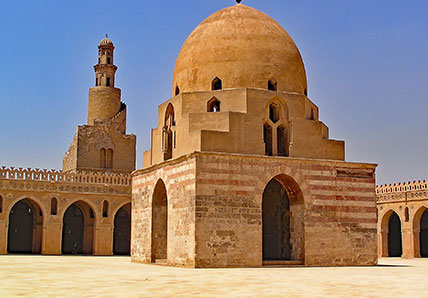 The Mosque of Ibn Tulun is located in Cairo, Egypt. It is one of the oldest mosques in Egypt as well as the whole of Africa surviving in its full original form, and is the largest mosque in Cairo in terms of land area. It is built around an open square courtyard which allows natural light to travel through 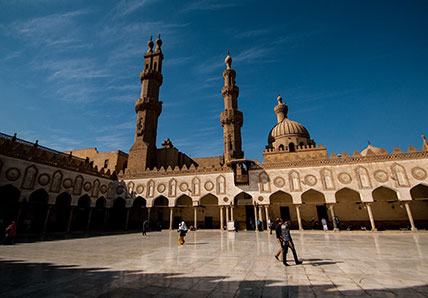 Al-Azhar Mosque (Arabic: الجامع الأزهر, romanized: al-Jāmiʿ al-ʾAzhar, lit. 'The Resplendent Congregational Mosque'), known in Egypt simply as al-Azhar, is a mosque in Cairo, Egypt in the historic Islamic core of the city. Commissioned by Jawhar al-Siqilli shortly after Cairo was established as the new capital of the Fatimid Caliphate in 970, it was the first mosque established in a city that eventually earned the nickname "the City of a Thousand Minarets". 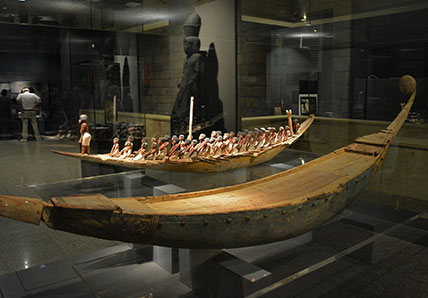 This the oldest archaeological museum in the Middle East, and houses the largest collection of Pharaonic antiquities in the world. 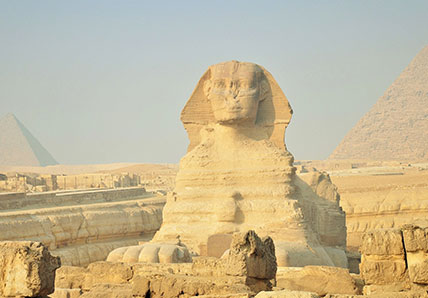 A mythical creature with the head of a human and the body of a lion. The statue facing directly from West to east. Located on the Giza Plateau on the West bank of the Nile of Nile, representing the pharaoh Kharfe. 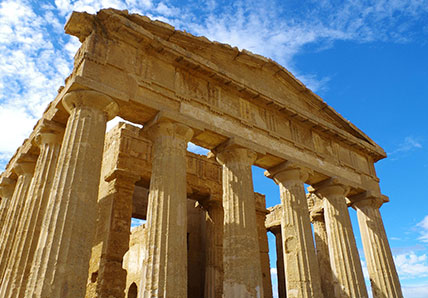 The temple was built to serve two functions. it was used for the purification of the mummy of the king before its burial. And other was used for making the mummification process of the king.