Discover the land of the Anbiya & Sahaba 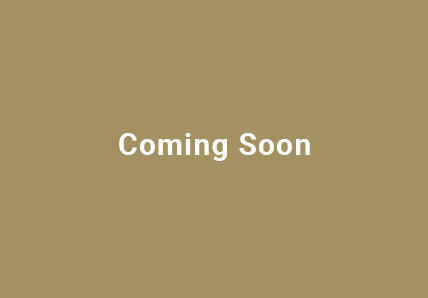 Jordan has a special place in the history of Islam, as it was the first territory to which Islam spread outside of the Arabian peninsula. It was also the site of the first contact between Islam and the non-Arab world. Jordan also has many Islamic monuments, shrines and tombs that were a result of the three main strategic battles fought on Jordan’s territory the Mutah, Fahl, and Yarmouk.

Walk in the footsteps of the Ancient, Noble Prophets and Sahaba

The Battle of Mutah was fought in the 8th year of Hijri, near the village of Mutah (currently located near the city of Karak in Jordan), between Muslims and the army of Byzantine Empire (Roman Empire). Today Shrines of Ja’far bin Abi Taleb, Zaid bin Haritha and Abdullah bin Rawaha lay there.

Maqam of Prophet Yusha {AS}:

Maqam of Prophet Yusha {AS}, a Prophet that was very close to Prophet Musa {AS} he took his place as the leader of the Bani Israil after his death.

Yusha {AS} as the great grandson of Prophet {AS}, his full name being Yusha bin Nun bin Afraeem bin Yusuf.

Was a commander and one of the Companions of the Prophet Muhammad {SAW}. He is mostly known for being one of the ten to whom Paradise was promised. He remained commander of a large section of the Rashidun Army during the time of the Rashid Caliph Umar 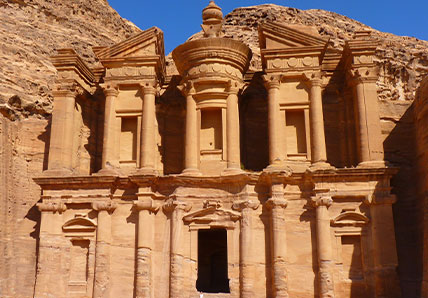 Petra known for its famous archaeological located in Jordan's southwestern desert. It was the capital of the Nabatean Kingdom. Accessible via canyon called Al Siq, contains tombs and temples carved into pink sandstone cliffs. Also known as Rose City. Al Khazneh, a temple with an ornate, also known as The Treasury.

Cave of the seven sleeper: 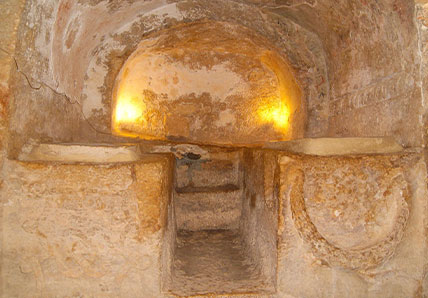 Mentioned in the Holy Quran in Surah Kahf. The cave is located in the suburb of Abu Alanda

This is the cave in which a group of pious youths sought refuge from a tyrannical pagan king and in which Allah {SAW} caused them to sleep for 300 years.

Also known as Ayn Musa) is a natural spring located at the main junction into Wadi Musa East of Petra. The spring was formed by Moses striking a rock. Now a three domed structure is built over the spring, which is flowing to this day. 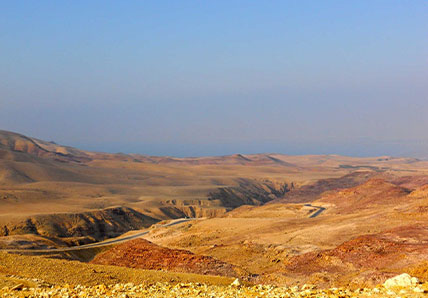 Known asJabal Nībū an elevated ridge located in Jordan, Part of the Abarim mountain range, Mount Nebo where Musa {AS} was granted a view of the Promised Land.The view from the summit provides a panorama of the West Bank across the Jordan River valley. The city of Jericho is usually visible.